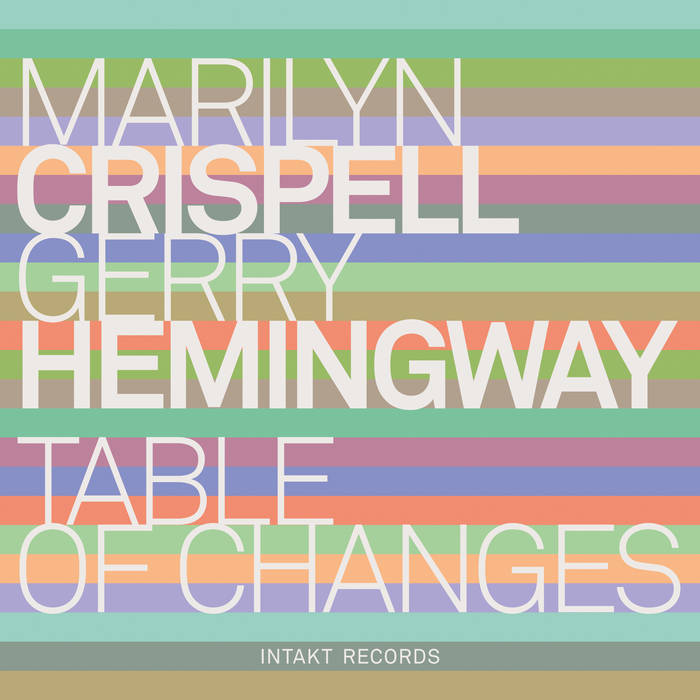 ﻿In the summer of 2013 the duo of Marilyn Crispell (piano) and Gerry Hemingway (drums) played at a number of prestigious festivals all over Europe. On their new album “Tables of Changes“ some of the highlights of these performances are documented and put together as a coherent unit. With this album they continue their musical dialogue („Affinities“, Intakt CD 177).

The musical partnership of Crispell and Hemingway goes back to the 80’s, when they played together in a variety of Anthony Braxton’s ensembles. In 1992 they began touring as a duo.

On the new release their interaction is subtle – they meet as equals. There is no virtuosity for its own sake. The music ranges from delicate sound meditations to wild explosions, and from wonderful melodies to passionate improvisations. The two play with such understanding and intuition – as though they were twins.

Bandcamp Daily  your guide to the world of Bandcamp